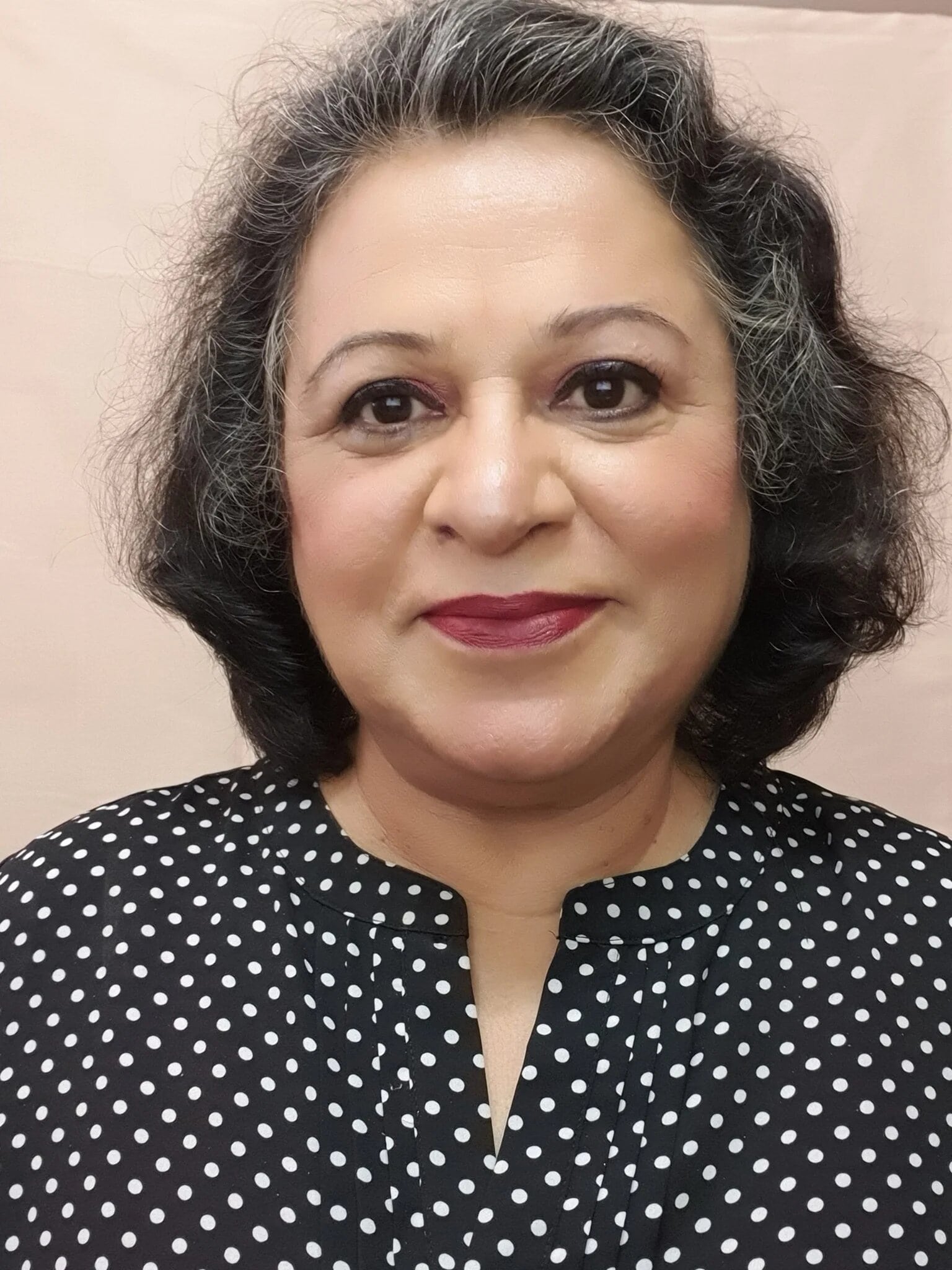 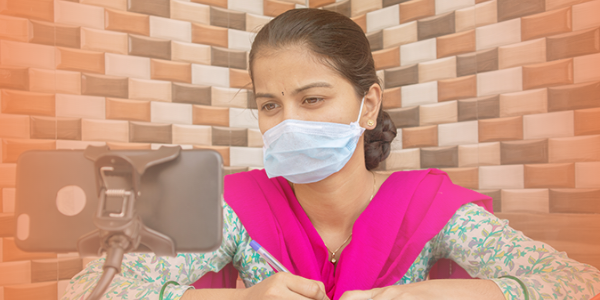 Whatever will be will be, the future’s not ours to see, Que sera sera…

So, rise and shine and do what you do best!

When you are a teacher responsible for the future of hundreds of students, you rise faster than ever.

As for our situation in March, there was no time to panic.

The full lockdown was in effect. We were severely impacted along with the rest of the world. Plans had to be altered, new strategies had to be made and strong decisions had to be taken. It was not just about education. It was about maintaining calm, ensuring the emotional and mental well-being of teachers and students, providing a sense of security and purpose in everybody’s life, and looking positively at the worst scenarios.

It might seem difficult, but when you have a team that looks up to you and has faith in you, things get easier. So, the faculty came together, analysed the situation, and took the first decision.

We made our first official announcement on March 24: the school will remain closed for the summer holidays for one month. The new session would start on May 1 and 5 for the Senior and Junior Schools respectively, instead of April 1.

The students rejoiced! Extended break! Hooray! It eased the feeling of the lockdown.

The teachers got a breather. Now was the time to arm ourselves.

The technology was going to take over our lives and we were left with no option but to make it our ally. To befriend someone, you’ve got to make them comfortable. We ordered new laptops for all our staff members. Within a few days, everybody had a new toy.

The excitement was in the air. Hashtags came alive.

#Learn and grow.  #Learning never stops. #We shall overcome. #We Can!

Workshops, webinars, virtual training sessions, resource development, presentations, - were fairly new concepts which our teachers lapped up with glee. ‘Virtual’ was an unfamiliar term but soon became an all-encompassing word. 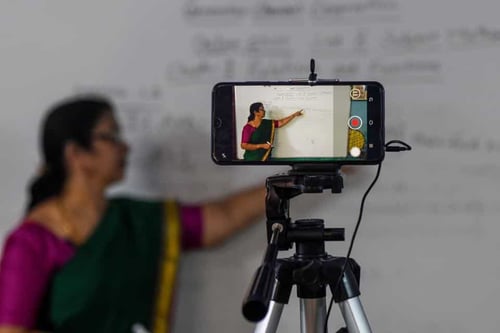 Emojis were the new hugs, virtual meets were new human bonding, and virtual platforms were the new meeting points. Overnight, travel agencies, restaurants, malls, and holiday resorts declared infinite closure. Millions lost their jobs, and ‘worried’ whispers were made among the staff members. A virtual staff meeting was called to put their fears to rest. Once they were assured that their livelihood was not at stake, they got relieved and readied themselves to combat the challenge.

A plethora of trainers, resource builders, and online material providers mushroomed overnight. To grab a share of the market, they were ready to provide their offerings, free of cost for this period. They were laying it out to entice the teaching community that was gasping for breath. People were selling half-baked ideas, hoping that they would catch up as time progressed. They placed their bets on the assumption that the education sector would be enticed by any straw of hope because it was FREE. We saw demos by the dozen to find something that would empower our teachers.

It was easy to fall prey to this honey trap and become dependent on these crutches for life. But it is essential to learn how to fish rather than get the fish – even if it is FREE!

Fortunately, our teachers showed equal enthusiasm and learnt to cope slowly but steadily. They helped one another and rose as a team. They became the role models for the students by showing them that persistence and the ‘will-to-learn’ can overcome any obstacle. From being technologically challenged, they challenged technology and came out victorious. April was never as strenuous for them as in 2020, but they will remember it as one of the most satisfying months of their lives. They evolved!

The terminology in their conversations changed, the confidence in their ability grew, the pride in their profession galloped. Teachers became exemplars. They were catering to their children’s & family’s demands and professional exigencies without letting any of these get in the way of one another.

They came out with flying colours!

The last week of April was dedicated to mock classes to train the teachers to perform on Zoom – the platform we finally chose considering the limitations of the low bandwidth we had. Wasn’t easy because we – the trainers – were also inexperienced in this field. We struggled together and mastered it. The camaraderie you build up in a team when you face the same struggles is priceless. The mock classes worked wonders for their confidence. They failed and rose multiple times. They struggled but made sure they wouldn’t fail in the eyes of their students. No matter what they faced behind the scenes when the curtain lifted on May 1, they were all set to play their part.

Now came the real challenge. The teachers had never been in showbiz. They were pushed on stage with the skeleton training. Facing the camera is a daunting task for the best of us, especially when the audience comprises of brutal critics. The parents were also curious to see if this was a hoax to collect the fee or if it would add some value to their children.

The first week was like walking on coals for the teachers. Their homes were up for inspection, (nobody knew anything about virtual backgrounds back then) their children sent into hiding, the spouses hushed to some corner of their houses, and the older generation did not understand this sudden need for privacy. Keeping a balance between maintaining peace & sanity at home and meeting the expectations of their students & parents was a herculean task. Still, I did not hear a whimper from any corner.

Of course, there were a few glitches and faux pas but now that we look back, we laugh. A teacher forgot her planned lesson in the confusion of muting and unmuting her mic. Another day, a student had to take over hosting the session because the teacher got confused, again. Parents interjecting in classes kept happening and children playing pranks to outdo the teacher was what the latter had to struggle with. But each day was better than the previous one, and a fortnight later, things were in control.

Their persistence, dedication, and patience won over the parents and made them heroes in the eyes of their students. Despite a nationwide protest against the private schools, fees started coming in. Parents were getting the value for their money. They could see what their money was going into. The doubts of ‘maybe it will work, maybe not’ got settled by May!

The road started getting smoother and by June and stability came into the teachers’ personal and professional lives. Gradually, technology became a friend, and the glitches became minimal. All of them got good Wi-Fi, students settled down with gadgets as their new learning tools, and parents understood the challenges that teachers faced every day when they became responsible for their child’s behaviour and conduct. We were on a roll!

Now, we started getting appreciative emails and messages from parents who realised the value of interactive teaching vis-à-vis passive teaching by sending videos. They valued the Flip Learning methods, the music, art, dance, games periods, the yoga classes, the interaction with parents, the personal touch with students, the games, the quizzes, the oratory, and the laughter and joy in classes.

With their appreciation, the teachers got more motivated, and it became a cyclic effect. Yoga Day on a virtual platform was a huge success. We started planning out PTM’s and co-curricular competitions.

Stagnant water stinks! We innovated and added a new dimension to the teaching and learning process each week. As time progressed, we made some consequential advancements.

Each day we learned something new and shared our joys of discovery: new apps, new assessment methods, new learning techniques, new ways to remain ahead of the students’ pranks.

The process continues. The teeny-weeny virus is still here with us. It has threatened some of us, including some of our students, but it will go away. What will remain is the team spirit, the positive attitude, the learning of new ideas, technology, and the learning outcomes of this phase.

We did not know our lives would change one day, and we certainly did not know that it would change in this way. It would be insensitive of me to say that the Coronavirus was a blessing in disguise. We can’t ignore how devastating it has been for people and their loved ones. But at the same time, we cannot be bogged down by the gravity of the situation. There is always a flip side to everything. And even though I realise the cost of this change and the amount of pain it has caused us all; I am yet glad that the situation brought about a long-wanted positive change, the blessing of technology and change.

This Too Shall Pass, But One Day, We will Look Back On These Times And Remember That We Met The Challenges Head On!

Aradhana Rana is a Gold medalist from Delhi University and a Post Graduate in Nutrition with a Bachelor's degree in Education. Presently, she is the Founder Principal of a Senior Secondary School, The Icon Public School, at Ahmednagar. She is a dynamic speaker and conducts workshops for teaching Spoken English, Soft Skills, and Personality Development. She conducts Teachers Training and Life skills training for schools and other institutions. She has authored several books on Spoken English and Communication skills. Her latest book, CORRECTLY SPEAKING…. will soon be on Amazon as an e-book and a paperback version. 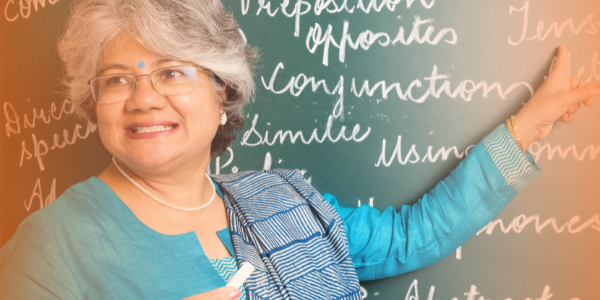 Why teacher training becomes an essential part of online education? 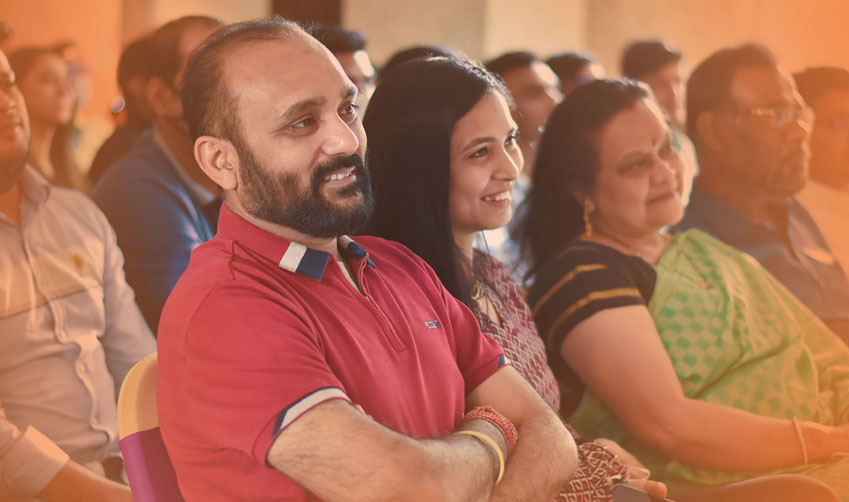 The role of teachers is ever-evolving. How can they upskill? 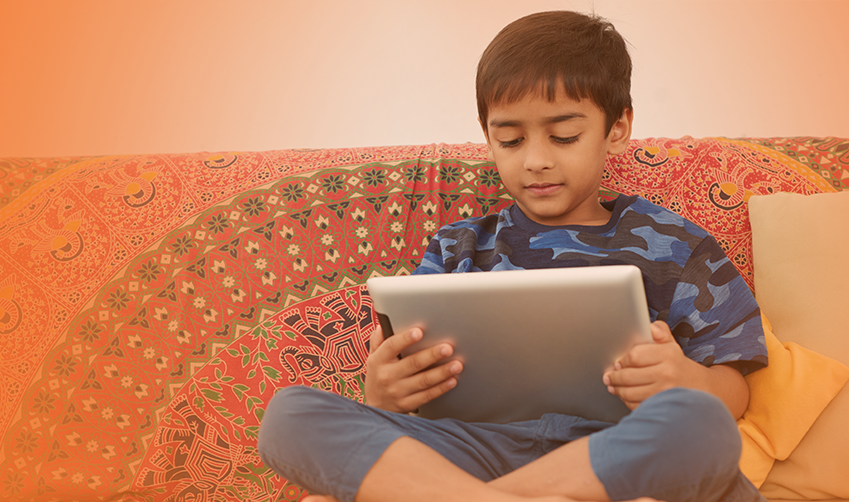